Since the beginning of the party, all of the Professor's eyes had been working overtime. The first eye was to see what peculiar action Diana would take next. Two eyes needed to watch all of the young men, to make sure that they all noticed his beautiful, brilliant Betty. And the fourth eye was doing double duty tracking Betty so that he could keep reminding her that she was not the guardian of Bill's stomach.

All of this activity exhausted him.

Suddenly he realized someone was missing.

"Where is Diana?" he asked himself, apprehensively. "What can she be up to now?" Finally, Number Four Daughter has stopped sniffing guests and gone back to her room, probably for further Kung Fu studies.

Then, the Professor caught sight of Betty flitting around the room like a pretty green butterfly, going from one Chinese student to another, each with a great future before him. The venerable Professor's heart was enlightened.

Father Li was so happy and laughed so much that his mouth was rarely closed. And, he couldn't help drinking a few glasses of wine more than his limit. No problem. Bill had the car keys and could take all of the guests back to . The Professor didn't wait for his guests to leave. He just went to his bed and before he knew it, was soundly asleep.

The next morning when he woke, he found the other side of the bed was unoccupied. Putting on his robe, he went downstairs to the kitchen. There he saw his three youngest daughters getting ready to eat breakfast. Fran was pouring milk into the bowls of cereal.

He asked, "where is your mother?"

In her sweet childish voice of a twelve-year-old, Fran replied, "Mom is in the basement. When we finish eating breakfast we'll go and help her. Do you want corn flakes, Dad?" She continued, reaching for another bowl.

“No. No. Fran. No. Please, I don't want any," he was horrified at the thought of this form of American torture. "When you chew them, they make such a crunchy noise in your head; it hurts! I couldn't stand all that crunchiness!"

Not even stopping to get a cup of coffee, he hurried downstairs where his wife was cleaning up the basement. He started to help, asking, "Where is Betty?"

“Betty said that she had to get back to school to study; so, when that worker came to get his money, she got a lift back to the city with him.”

"When did they go?" the Professor wanted to know.

Mrs. Li thought for a moment, "It was about in the morning. I was kind of sleepy and didn’t look at my watch.”

No wonder. Last night he dreamt that Betty was wearing a red Chinese bridal gown and a red veil covering her face. She was marrying the best of all of those young Chinese men who were here last night. In the middle of the ceremony, some Chinese Firecrackers exploded. That must have been the Caucasian's car clanging as Bill drove his antique vehicle away.

Professor Li was somewhat disappointed. As he stacked the dirty dishes, he talked to his wife, "in your opinion, which of the young men did Betty like the most?"

Mrs. Li thought very carefully and answered diplomatically. "Betty was polite to each of them. It's really difficult to tell if she favored anyone."

Now the Professor was disheartened. He worked quietly for a while. Almost to himself, he said, "did we waste energy, time and money?"

Mrs. Li didn't want her husband to be even more disappointed, so she said, "well. All of the young people including Betty live in . Now, they know each other. They are acquainted and future developments are possible. If they don't know each other, nothing at all can happen; so it's most important for them to be introduced. Now, who knows what will happen when they see each other."

Professor Li thought his wife made some valid points because the first step is essential. Subsequent developments would be in the hands of Fate and luck. 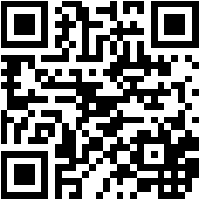